Thank you for your patience while we retrieve your images.

74 photos
Silverstone Classic 20/21/22 July 2012
Official Press Release 9th May 2012
This year’s Silverstone Classic powered by the AA (20-22 July) will be the most entertaining and action-packed yet. Staged at the world famous Silverstone Circuit in Northamptonshire just two weeks after the Santander Formula 1 British Grand Prix, the Silverstone Classic is already established as the world’s biggest classic motor racing festival – and this summer’s event is all set to break yet more records.

Once again both Silverstone’s National and new International Wing pits and paddock complexes will be maximised to house more than 800 of the world’s finest historic racing cars with a packed schedule of races all staged on the full Grand Prix circuit. Adding to the spectacle more than 7,000 classic cars will be displayed over the weekend on the infield with many hallowed marques celebrating important milestones in their evocative histories.

Other highlights include live rock concerts, a special star-studded celebrity race, air displays, a vintage fun fair, a host of retail opportunities and rally car rides plus the exciting new interactive AA World automotive theme park. With so much to experience at the Silverstone Classic, it’s no surprise that advance ticket sales are 31 per cent up on the same period last year – itself a record.

“The Silverstone Classic just gets bigger and better every year with even more for all ages to see and do,” confirmed Event Director Nick Wigley at today’s (Wednesday 9 May) media preview at Silverstone. “The quality and quantity of our grids and car club displays is second to none while our new partnership with the AA is playing a significant role in extending the event’s massive appeal to an even wider family audience. We thought last year’s blockbuster was going to be hard to match but, with so many unmissable highlights already confirmed, it’s clear that this summer’s festival is going to be the best yet.”

2011: A RECORD BREAKER
With a total of 1,104 race entries the 2011 Silverstone Classic is believed to have been the biggest race meeting ever staged anywhere in the world, while the 80,000 attendance was unprecedented in the event’s recent history. Last year’s Classic also established a new Guinness World Record for the ‘largest parade of Jaguar cars’ when 767 E-types took to the track to celebrate the iconic British sportscar’s 50th birthday.

NON-STOP ON-TRACK ACTION
The 2012 Silverstone Classic will witness no fewer than 24 races, many boasting full 58-car grids. The impressive line-up includes the finest historic racing cars covering more than eight halcyon decades. The wide-ranging race card organised by the Historic Sports Car Club (HSCC) features no fewer than 100 Grand Prix cars plus spectacular grids of Le Mans, GT, Group C, Jaguar E-types, Sports and Touring cars providing the very best of nostalgic race action. After its huge success in 2011, there’s the return of the Jaguar E-type Challenge as well as new races for mighty Formula 5000 and giant-killing F2 single-seaters and a unique ‘tin top’ race showcasing the cream of the front-runners from European, British and German Touring Car championships spanning the years from 1975 to 1999. This grid will also put a special spotlight on the evocative Ford Sierra RS500 Cosworth, the turbocharged winged wondercar which turns 25 this year.

HONOURING HEROES
The remarkable achievements of two of motor sport’s most respected figures will be commemorated with races dedicated in memory of the late Peter Gethin and Alan Mann. Gethin, who passed away last December, will be remembered not only for winning the 1971 Italian Grand Prix in the closest finish in F1 history but also for capturing the British Formula 5000 Championship in both 1969 and 1970 as well as the Tasman F5000 Series in 1974. To honour these titles, the new F5000/F2 race will bear the revered Peter Gethin name. Also a racer in his early life, Mann’s place in motor sport history comes through the Alan Mann Racing team that he established during the Sixties. Though Mann passed away in March many of his distinctively liveried red and gold saloon and sportscars are still competing today thus keeping the legend alive. Celebrating his team’s achievements – not least in taking three British Touring Car Championship crowns – this year’s Under 2-Litre Touring Car (U2TC) races will be dedicated to the memory of Alan Mann.

AA WORLD: THE ULTIMATE INTERACTIVE AUTOMOTIVE THEME PARK
Backed by the Automobile Association ­– the UK’s biggest motoring organisation – AA World is perhaps the most significant new attraction for 2012. Based right at the heart of the venue, close to Silverstone’s impressive new Wing pits and paddock complex, the new AA World motoring theme park will provide show-goers of all generations with an unprecedented line-up of free driving experiences ranging from electric cars for toddlers and taster driving lessons for teenagers to hot laps around the Stowe Circuit in some of today’s latest and most desirable performance cars. With an F1 simulator, pit stop challenges, lessons on how to prepare food for the road, a giant Scalextric track, dodgems, classic car displays plus a host of other attractions, AA World is going to be a fun-filled experience for children and parents alike.

Edmund King, AA President, commented: “AA World will get the whole family involved in the fun of driving from Roary The Racing Car for toddlers to hot laps and skid-pan sessions for the grown-ups. And pre-driving age teenagers will be able to get behind the wheel of an AA driving school Ford Focus for a first drive at Silverstone. Personally I believe Drive.Live. in conjunction with AA World will be fantastic fun – a rolling motor show providing visitors with passenger and hot lap driving experiences. Already those signed up include Aston Martin, Bentley, Lamborghini, Maserati and Morgan and there’s going to be lots more. It’s a real opportunity for visitors to have a go in those cars. AA World will be thrilling free fun for all the family and will put 100 per cent enjoyment back into motoring.”

FIELDS OF GOLD
The Silverstone Classic is one of the must-see events in the diary of every car enthusiast – that’s why the event has become a major highlight on the calendars of more than 120 motor clubs. Many clubs take their own dedicated display areas and over the weekend more than 7,000 classic cars are on show. These range from exotic marques such as Lamborghini, Maserati and Porsche to equally intriguing and cherished models from the likes of Sunbeam, Morris and Rover.

CHAMPAGNE MOMENTS
Every summer many car clubs choose the Silverstone Classic to celebrate special milestones in model, marque or club histories. After last year’s record breaking parade of E-type Jaguars, this summer witnesses the 50th anniversaries of a number of other much-loved British sportscars, notably the Lotus Elan, Triumph Spitfire and AC Cobra. The Silverstone Classic has also been selected by the MGB50 Committee as one of just three official celebrations to mark 50 years of the much-loved MGB. From the other end of the spectrum, a world record gathering of more than 60 mouth-watering Ferrari F40s will celebrate 25 years of the idolised Italian supercar, rated by many to be the Prancing Horse’s greatest creation.

Z-CARS: THE SEQUEL
The UK will stage its first-ever BMW ‘Z-Fest’ at this summer’s Silverstone Classic. Organised by the official BMW Car Club GB as one of the highlights of its 60th birthday celebrations in 2012, the UK’s inaugural Z-Fest will see hundreds and hundreds of BMW’s popular Z1, Z3, Z4 and Z8 sportscars on display as well as participat
Categories & Keywords
Category:Transportation
Subcategory:Cars
Subcategory Detail:Vintage
Keywords:Silverstone, Silverstone Classic, photoparazzi
© Photoparazzi by Sue Whyte 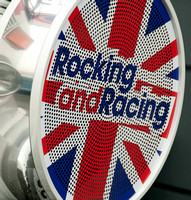 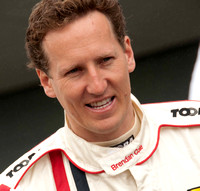 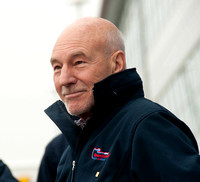 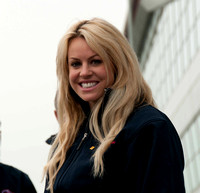 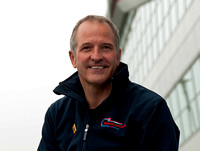 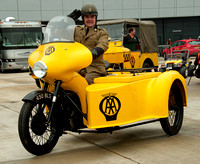